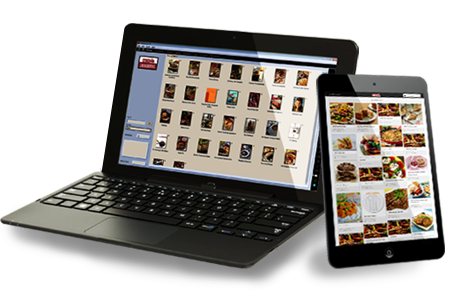 "MasterCook is BACK! The new enhancements, especially the new web import, put the product back in the status of the best recipe manager out there!"

"As a longtime user of MasterCook, I am thrilled to recommend the new version 14. Between enhancements of existing features, and the addition of fantastic new ones, Valusoft Cosmi has given us a tasty blend of tried-and-true power and exciting new "toys"! love the upgraded web import, which makes sharing recipes easier than ever, and now includes the photos too!"

"MasterCook was the first computer program I was introduced to. I came kicking and screaming into the world of computers in around 1997-98. I think I started with version 5 and it opened up a whole new world for me. It took my interest in cooking and cookbook collecting to a whole new level. I found that I could make my own cookbooks, make cookbooks as gifts and add so much to my collection without piling up more physical books! Mastercook with this new edition has truly evolved and grown with the times. You will be able to share it across all your devices. You can take your recipes and shopping lists ( that you make on Mastercook) with you to the supermarket. It will be with you on your tablet in the kitchen when you prepare one of your recipes (tuck your tablet in a plastic bag first, LOL). I look forward to seeing what Mastercook will come up with next. I know it will be great and I will be cooking right along with Mastercook!"

"I'm a casual cook with a bookcase full of cookbooks in the kitchen and never enough time. Since starting to use MasterCook eight years ago, the problem of "where to look?" has disappeared! Everything is at my fingertips in a searchable (and scaleable) format, including all those heirloom recipies handed down through the generations. With the improvements in the newest version, it becomes even easier to find a web recipie, capture it right in the browser window, save it on mastercook.com, then effortlessly place it into my PC cookbook. If you are a casual cook like me, it is just simply the best product on the market today--buy it; use it; be happy!"

"Just want to say thanks for getting MasterCook where it needs to be in this digital era we live in. I have always given MasterCook rave review to anyone who wants to talk recipes, people on planes, people in grocery stores I chat with. Wherever a conversation is about recipes MasterCook comes up. It is the best way to organize recipes and share with friends. Most of my friends just call when they want a recipe because they know I have it saved and can send to them with no trouble. You have just made it so much easier for me and all the others who have been plugging along with the old version. Can hardly wait to really get started with MasterCook 14!

Thanks again for letting me join the group to trouble shoot and analyze the program. Look forward to all the great comments coming your way with the launch of MasterCook 14!"

"Access MY recipes from anywhere - YES! Mastercook.com, a continuing involvement in the online MC community, takes it over the top by adding value to already outstanding and affordable product."

"After using MasterCook for over 4 years, new MasterCook 14 makes what was great recipe organizer software the BEST ever! The new import recipe feature makes importing recipes from the internet almost effortless.... I couldn't be more excited and satisfied!"

"Absolutely adore the new web import bar! Being able to access recipes on my tablet while shopping and cooking makes me green—I don't have to constantly feel guilty about printing."

"It is great being able to easily capture recipes from the Internet using the web import button!"

Marita B. , Indianapolis, IN

"As a Gourmet Cook & Baker who is married to a 5-star Executive Chef, we've been using it since 1994 when it was owned by Arion Software and have own every iteration since.

We really appreciate the new feature converting the ingredient units, as sometimes we would get some rather odd results due to dealing with large quantities. As a baker who uses weight, not volume, I particularly appreciate this feature.

The ability to change the size of the font is particularly welcome to these aging and tired eyes. The web import is outstanding!

Every upgrade has been a massive improvement, but the latest (MC14) completely blows all others out of the water. It is simply THE best program there is and it is only getting better."

MasterCook™ is a registered trademark of ValuSoft Finance. ©2015 MasterCook. All Rights Reserved